Say it aint so! NCAA and ACC, you’ve knocked the buckle right off of my Bible belt state! North Carolina is at its knees, and you are testing our faith. Pulling seven NCAA championship games, and then withdrawing nine ACC championships—including, gulp, basketball—all because of our stupid potty law? This is September madness. What the hell are the righteous supposed to do?

I hear moaning everywhere, and the gritting of teeth, and the tearing of flesh, and so on. I understand that principle is important but we’re talking about sports for God’s sake. And a huge economic impact. Please Council of Presidents, rethink your decision. Please Governor McCrory rethink your decision. North Carolina is deeply polarized like the rest of the country, and people have drawn battle lines over this issue. Talk about your Battleground State.

I thought about Governor McCrory and bad decisions when I visited the Netherlands in April. My husband and I wanted to celebrate the 500th anniversary of Hieronymus Bosch’s death. Bosch was a medieval artist whose paintings about heaven and hell were macabre and brilliant. His heaven was jolly and meant for pure spirits; his hell was for tortured souls who had made poor choices in life.

We confronted HB2 every time we went to the bathroom. The ubiquitous unisex signs implied justice for all, and caused me to lament the sad state of our politics at home. HB2 had passed shortly before we left town and it was embarrassing trying to explain to people that it didn’t represent us, just our myopic lawmakers. (The real potty talk came later though, when I tried to explain Donald Trump.)
I would like to share my own HB2 experience, which occurred in the charming city of Den Bosch. It was a wee adventure that left me, well, flushed.

One morning my husband and I went to a pub for breakfast and before we ate I wanted to freshen up. I practically fell down the circular staircase looking for Damas and Gent signs, stick figures, or signage of any kind guiding me to the correct bathroom, but there weren’t any. I admired the state of civil liberties in the Netherlands. “If we could only be so open-minded at home,” I thought. “They don’t even need signs here.” I entered one of the bathrooms and spotted a stall immediately.

After relieving myself I was about to step out when I heard the door open. Then I felt heavy steps on the floor. I got nervous when I didn’t hear any chatty female voices. My face started to pump when it occurred to me that there must have been urinals in the room. As I listened to the deep growls and low voices around me I realized I was an idiot who was stuck in a men’s room.

How gender specific. Oh hell, how on earth did this happen? At that moment discrimination wasn’t on my mind, or the LGBT community, I just wanted to escape my own poor choice.

This probably would’ve been funny in the states, where I could have joked my way out of the bathroom. But in Den Bosch I was a female tourist trapped in a men’s room stall surrounded by male grunts and complicated Dutch accents. (My years of German didn’t make a dent in what I was hearing.) My I Love Lucy situation was causing me sweat and gag, but I didn’t dare peek out of my stall. I just had to wait.

Finally, after about six minutes of quiet I slowly opened the door and fled. “Why didn’t you just look at the signs?” My husband asked me as I pumped half a bottle of hand sanitizer on my body. “I didn’t see any, I swear!” So much for awareness.

When we returned to NC HB2 hadn’t been repealed, businesses were starting to migrate, and athletic organizations were threatening to retract tournaments. The U.K. Foreign Office had even issued a travel alert to its LGBT community. How embarrassing. That’s when I knew my state was circling the drain and I should just turn around and go back to the Netherlands.

Pity Bosch isn’t alive today. He would converse with Governor McCrory about the dire consequences of his decision. “Governor, methinks you should reconsider this most egregious and unfortunate law. North Carolina and its legions of mighty sports fans are ill-tempered and burning with outrage. They may not be prepared to turn the other cheek, or even press the lever in your general direction this November. You have pissed them off, so to speak, and they are hell-bent on tanking your career in politics. Believe me sir, life without basketball is bad, but hell is worse.”

I’m sure Bosch would enjoy painting the hell going on inside the NC legislature. He might even turn his brush outside to an array of rainbow-colored porta-potties basking in the sunshine. Maybe porta-potties are the answer to the HB2 problem. They are unisex after all. I say porta-potties for everyone! Perhaps I should contact the NCAA and ACC powers that be and share my solution. “Ladies and Gentlemen, porta-potties don’t discriminate.”

If it were only that simple. Unfortunately, time is running out in the Tarheel state; our lawmakers need to repeal this stinking law. I don’t want North Carolina to go down the toilet. Our sporting championships already have. 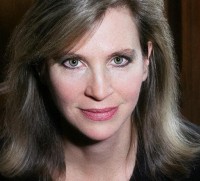